"Why Are There No Terminal Oxo Complexes of the Late Transition Metals? or The Importance of Metal–Ligand π Antibonding Interactions" #chempaperaday 40/365

I was looking for some old papers and found this paper. It's in fact very similar to a lecture in inorganic chemistry. The title is very clear. So, there is not much to add. You can also look for "the oxo wall" to learn more about these complexes.

It's all about bonding theory and symmetry.

"Who should write books about science? "

This is a question I saw in one of Philip Ball's posts. By the way, in case you don't know, I think Philip Ball is by far THE BEST SCIENCE WRITER. Anyway, I do have my own ideas on the question mentioned here. But, I need to put them together in order to write a post on my own. The reason I wanted to mention the question here is the answer Philip Ball received from a Nobel laureate:


"I have a healthy disregard for anybody and everybody who has not made advances in the field in which they are pontificating."

I do believe that science writers should be SCIENTISTS that know how to write. I see many "science writers" around. But, most of them I think are just bloggers that cover scientific topics. Since they lack in the basics of the science they are writing about, I do not pay much attention to their ideas and writings. Sad but true.

Posted by Chemdiary at 1:05 PM No comments:

Although everyone might believe that they can define what "catalysis" or a catalyst is, it is really hard to find the correct definition for these terms. Simply and in general, a catalyst is a molecule/ion/element/heat/light etc. that lowers the activation energy of a chemical reaction. So, the reaction will go faster and in the end you'll end up regenerating your catalyst. A simple diagram is shown below. 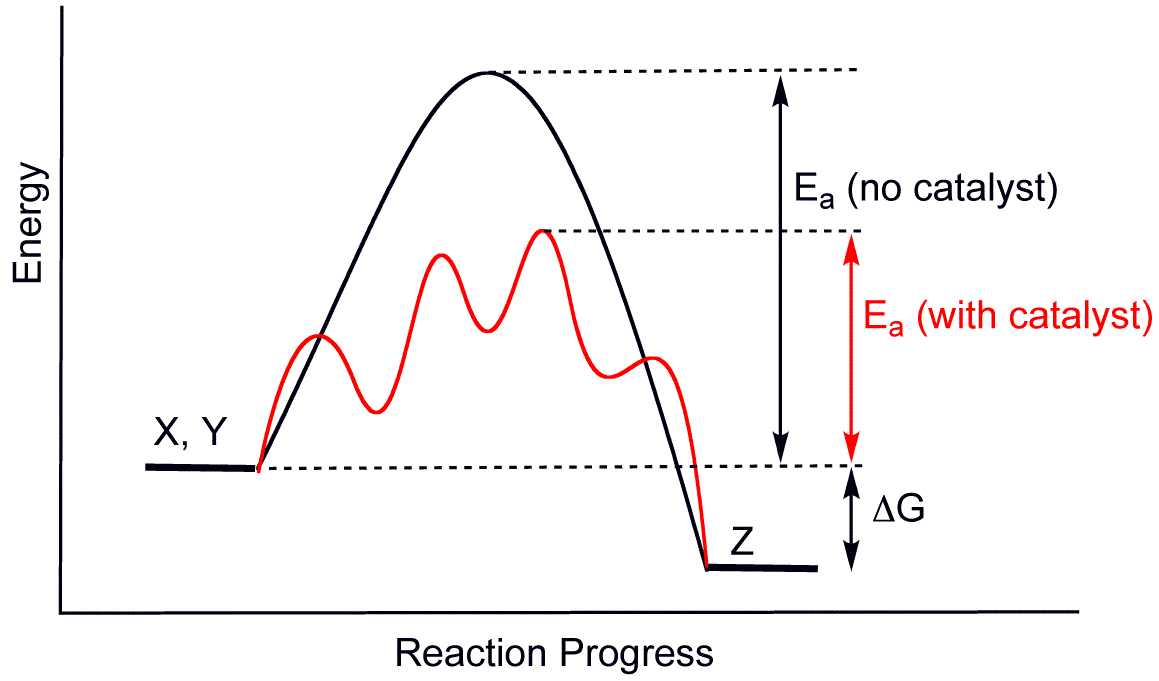 The term catalysis was first introduced to chemistry by Berzelius. The paper I am sharing here is a really nice review on catalysis. In case you are wondering, there is not much "chemistry" in the paper. This is more like a history of science article that divided catalysis into five different periods and lists the major events and scientists chronologically. The five periods according to the authors are : production of alcohol by fermentation, "systematic research and the discovery of new catalytic processes," "industrial applications," synthetic fuel production, synthetic polymers. Of course I do not agree with these general and broad periods. But, as I said this is a really nice paper that gives you enough information on the history of catalysis.

Catalysis is one of the greatest areas of research in chemistry. We know that enzymes easily catalyze several reactions at physiological conditions. But, when it comes to test tubes, reactors etc., this is not the case. So, discovering (or synthesizing) the right catalyst is not an easy task. It should also be relatively inexpensive and unique so that it stands out among the other catalyst candidates.

It is free to read and I hope you enjoy the article:

Posted by Chemdiary at 12:21 PM No comments:

It is free to read here:

#chempaperaday Day 37/365 : "The Discovery and Characterization of Molybdopterin: the Work of K. V. Rajagopalan"

I am not sure if I mentioned before, but one of my favorite journals is Journal of Biological Chemistry. The journal has these "Classics" series where you can read really nice reviews, biographies about scientists and important scientific discoveries.

So, this one is a short introduction for Prof. Rajagopalan and his discovery of molybdopterin. You can go for the references for the details of his discoveries and research.

It is a free article that you can read here:

Posted by Chemdiary at 11:00 PM No comments:

This is a great introduction and mostly qualitative explanation of Ligand Field Theory(LFT) written by F.A.Cotton for undergraduate students.

Even if you are sure that you know everything about LFT, I still suggest that you should read it. It's a very simple but effective explanation.

I was planning to write some more about Ligand Field Theory (LFT). Then I found this paper and decided to write the planned post in the near future. First, I wanted to share this interesting riddle or puzzle that was asked in the Journal of Chemical Education. The paper is titled "Ligand Field Theory" and was written by F. Albert Cotton. It could be the first and the best source to read about the theory. I hope you enjoy it. Here is the question I mentioned above: A really nice review on CODHs and relevant bioinorganic chemistry.

"Carbon monoxide dehydrogenases (CODHs) use CO as their sole source of carbon and energy and are found in both aerobic and anaerobic carboxidotrophic bacteria. Reversible transformation of CO to CO2 is catalyzed by a bimetallic [Mo–(μ2-S)–Cu] system in aerobic and by a highly asymmetric [Ni–Fe–S] cluster in anaerobic CODH active sites. The CODH activity in the microorganisms effects the removal of almost 108 tons of CO annually from the lower atmosphere and earth and thus help to maintain a sub-toxic concentration of CO. Despite an appreciable amount of work, the mechanism of CODH activity is not clearly understood yet. Moreover, biomimetic chemistry directed towards the active sites of CODHs faces several synthetic challenges. The synthetic problems associated with the modeling chemistry and strategies adopted to overcome those problems are discussed along with their limitations. A critical analysis of the exciting results delineating the present status of CODH modeling chemistry and its future prospects are presented."

Posted by Chemdiary at 10:13 PM No comments:

I love biology. This is a 40 page review on the evolution of vision. There is incredible amount of information here in this article. It is also very easy to understand with very little biology background. So, if you are worried that you don't know much biology, don't be afraid. It is very easy to understand and very well written. 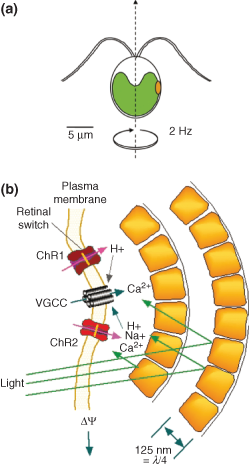 Due to my new busy lab life, it took me ~1 month to read it, but it's worth. I highlighted tens of parts so that I can use them as reference even when I am talking to my "non-science" friends. I think this is an article that every person should read as a course material in some kind of elective course. The article tells you everything you would ever want to know about the evolution of vision. It is also open access!

Posted by Chemdiary at 10:17 PM No comments: